I have a confession…

My name is Rose Gordon, and I love flawed characters—especially when it’s the hero.

While we each have a small part of ourselves that roots for the bad boy’s redemption and love to see him fall to that dreaded state of love, I also like to see the “nice guy” get the girl, too.

In all four of my Groom Series books, the hero is the furtherest thing from a “Ladies Man” as one can get. Each hero has his own “oddity” and unique solution on how to handle his predicament. Yet, despite his odd behavior or foolishness, still manages to win the heroine’s affection.

Situation: He’s just been told he has one month to marry or he’ll have to marry the worst chit in England.

His Brilliant Solution: Treat his quest for a bride, and courtship of her, as a science experiment!

*This book has been temporarily discounted to .99 with all royalties for the month of July being donated for further research of Multiple Sclerosis. For more details, please click here.

Oddity: Heavily scarred over the upper half of his body, limps

Situation: Has fallen in love with the younger sister of the lady who jilted him

His Brilliant Solution: Two parts: 1. Send the spinster heroine to London where she has a chance to make a real match. One with a man who wasn’t disfigured in more ways than one while chasing down her sister. 2. Then try his damnedest to forget about her. 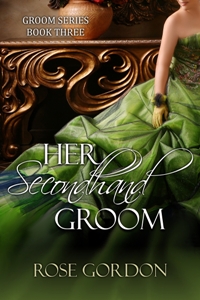 Situation: As his three daughters are getting older, they need both a mother and a governess. As fate would have it, Patrick has just found a woman who he thinks could suit both roles!

His Brilliant Solution: Marry this Plain Jane from the village and have her play both the role of mother and governess. Surely her personality is just as bland as her looks and he’ll have no problem
keeping his hands to himself… 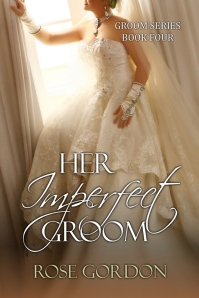 Situation: This thrice-jilted baronet has built a wall around his heart, knowing full well that no woman could possibly love him despite his oddities. But that doesn’t stop him from being attracted to one Miss Edwina Banks.

His Brilliant Solution: When the woman he’s fallen in love with reveals her plan to offer him wooing advice to win back the affections of the first lady who jilted him, Wallace decides to use her wooing advice her.

Like I said, I love flawed, imperfect heroes who have obstacles to overcome in order to find their happily-ever-after. To me, it makes the ending that much sweeter.

Comment below telling me about your all-favorite not-so-perfect hero (it does not need to be one of mine) and be entered for a chance to with a $50 gift card to Amazon or Barnes & Noble. Entries will be closed at 11:59 CST on July 31, 2012 and the winner will be selected using random.org on August 1, 2012.

***If you’d like to be entered into the grand prize drawing for Heroes Blog hop, which will have three winners: one for a Kindle Fire or Nook Tablet, one for a $50 gift card for Amazon or B&N, and one for a gigantic bag of swag, you must  leave your email address in your comment. No email address=no entry. Sorry, I don’t make the rules, I just have to live by them. Or try to at least…

If you have  no wish to be entered into the grand prize, but would still like a chance to relieve me of $50, you do not have to leave an email address.

~All giveaways are open internationally except the large box of swag.~