All right, I’ve put it off long enough. I have no idea why this is so important to some, but here we go.

After a wee bit of hassling, prodding and relentless e-mailers, I have finally decided to post a picture that I’ll later make my profile picture (maybe…). Just a warning, those of you who are prone to swooning, please hold onto a stable surface. The following picture was not taken by a professional, but instead by my husband while we were fishing last week. Also, it has not been enhanced or touched up (scary prospect, this), so just be prepared.

And here it is: 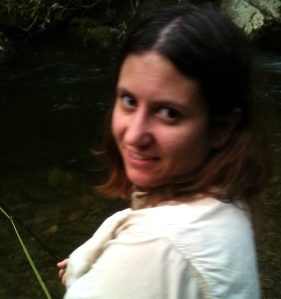 There you go! Check back later this week for some character interviews and to see the REAL cover for Her Sudden Groom. On the off chance you saw the other I posted and weren’t sure what to think, that was not the real cover. For those who did not see the one I previously posted, click here.

2 thoughts on “The Unveiling of Rose Gordon…”